Some of the things you will experience and learn:

IN PERSON & VIRTUAL WITH CAROL!

*You may send a Non-refundable deposit of $100.00 to secure your early registration

Call or e-mail the instructor to register or if you have any Quantum-Touch® questions.

Attendance at second and subsequent Live Basic QT workshop is half-price off of the regular registration price. This discount is applicable to all QT Level I workshops and all instructors. A second-time attendee needs to present the next instructor with his/her certification of completion of workshop number one. Attendance by minors under 18 is half-price.

Quantum-Touch® Level 1 Book: “The Power to Heal” by Richard Gordon

Order your Quantum-Touch® Level 1 book, “The Power to Heal”. 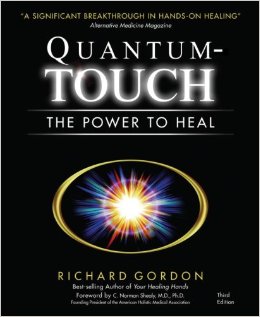 The National Certification Board approves “Quantum-Touch” for Therapeutic Massage and Bodywork (NCBTMB) as a continuing education Approved Provider. Approved for 14 CE hours.

The Live Level 1 & 2 Quantum-Touch® Workshop is valued at 13 CE Units by the International Medical and Dental Hypnotherapy Association (IMDHA).

If you are interested in becoming a Certified Quantum-Touch® Practitioner, now is the perfect opportunity to take advantage of the classes we have scheduled in your area.

Being a Quantum-Touch® Level 1 & 2 Instructor and Mentor allows me to embrace your journey, offering you ideas about creating a successful business along with nuggets of wisdom from years of experiences.
Benefits of Being a Certified Quantum-Touch Practitioner:
Let me help you become a Successful Certified Quantum-Touch® Practitioner, have confidence as you work in the Quantum Field with Distant Healing and grow an International Clientele.
YOUR LOVE MAKES A DIFFERENCE!
EXPANDING WORLDWIDE WITH QUANTUM-TOUCH®

Out of the Mouth of Babes
By Carol Lee

I am sharing a heartfelt email I received from a father who attended a Quantum-Touch Level 2 Workshop I recently taught. He has given me permission to share the following letter. I include it here because it describes so perfectly how healing can happen at all levels:  physical, emotional, mental and spiritual.

He was using Quantum-Touch to help his 3-year-old son, and even though the healing session started with a sore stomach, the Inner Healer of that little boy expanded the session into different territory.

It’s important to note that although the specifics in this story involved one family’s faith in Jesus, I’ve seen similar kinds of healing in students and clients the world over, whatever their spiritual beliefs happen to be. Healing is truly universal. Read their story below.

Thank you again for your time yesterday and today sharing your wisdom and guidance with Quantum-Touch and everything else you’ve learned over the years. I feel very fortunate to have had the opportunity to learn from you this weekend!

Also, I had an experience this evening that I’d like to share with you. It really shook me up (in a good way) that made me realize how much more there is about this life and this world that I didn’t know about. I thought I’d share it with you since this happened on the heels of the Quantum-Touch workshop.

I mentioned in the workshop that my son John has been having some gas issues recently (burping and farting unusually often). So, this evening when I kissed him good night in his bed and was about to walk out of his room, he said, “Daddy, I don’t feel good. Help me feel better.” Knowing his stomach hasn’t been feeling great recently, I figured this would be a good opportunity for me to practice what I’ve been learning.

So, I ran energy on his stomach for a while until I felt like I was finished. Then I kissed him again and got up to leave his room thinking it was all over (haha) but he said, “Keep helping me. My back feels like it has fire on it.” That stopped me in my tracks! I’ve alluded to Quantum-Touch with him in the past but I’m positive I’ve never mentioned a feeling of fire, so I knew he must have really been feeling something.

Then he said, “My feet are yellow,” which again jolted me a bit because I wasn’t expecting to hear something like that from my 3-year-old that I’ve never talked to about colors or chakras or anything like that. I’m guessing he was seeing his 8th chakra maybe? Either way, I worked on his feet and his 8th chakra. Then he said, “My back is white. Now it’s red. Now it’s white.”

Again, figuring this must be something chakra related, I worked on his back but as I began, I asked, just for curiosity’s sake to see what he’d say, “What does that mean, son?”

And he said “It’s white because it’s not feeling good.” Then, after I felt that was done, he randomly starting talking a lot and said even more things that shocked me. First, he said, “Daddy, is Jesus going to hold me when I’m a baby?”

I started crying because he had a really difficult first four months of life, so I knew he was saying something that was real and something that was deep. Possibly he was remembering some pain earlier in his “timeline.” So, I said, “Yes son, Jesus will hold you when you’re a baby, and he’s holding you now.”

We exchanged a little more dialogue and then out of the blue he said, “Nanna’s Daddy (he calls his mom’s mom Nanna) died (which he did a while ago) and he’s with Jesus now, and he’s never coming back again ever.”

That seemed pretty insightful for a 3-year-old but didn’t surprise me too much so I just agreed with him. Then right after that he said “Poppy (he calls his mom’s dad Poppy) died too (which he did, about 5 or 6 years ago) but he’s lost and he doesn’t have a home. He isn’t able to eat or drink or live anywhere, and he doesn’t know where to go.”

What?? I was blown away and had no idea how to respond to that so I just asked Jesus for guidance and I prayed with Johnny that Poppy’s daddy would find peace and that Jesus would guide him and give him a home where he’s supposed to be. I still have no idea what that all means or what to do in a situation like that, but I just rolled with it and hopefully did the right thing.

After all that, we got back to how he was feeling and he said, “I feel like I have lots of pointy things all over my hands and feet and arms and my whole body. They’re really big points and they have handles on them.” Again, quite a shock, but of course I just ran energy on his whole body. Eventually we wrapped it up and I finished putting him to sleep.

Anyway, I still don’t know what to make of all this. I feel very grateful that God used me in some way tonight, although I’m not quite sure what way that was. I’m going to keep asking for guidance and taking every opportunity I have to share God’s love with those I meet.

Thanks again for a really meaningful weekend! Something definitely shifted in me yesterday and today, in many ways that I’m sure I haven’t even realized yet.

What a phenomenal video of you working with Sam who has MS.

I have witnessed you work on many people in various classes, I have taken with you and am so glad this healing was captured on video in live time for all to witness. QT is an amazing tool especially in your hands.

Thanks for sharing your amazing abilities with so many.

I am truly blessed to call you my teacher.

You are lovingly blessed,

Thank you so much for class this past weekend.  It was a profound weekend.  I respect the work that you do and the way you encourage us to listen, trust and do.

Thank you for your love and healing when I was having my releasing experience.  It is very much appreciated. I feel changed from this weekend and am still integrating.

Thank you again, I look forward to working together in the future.

K
I had so much fun and learned so much too. Thanks for being such a great teacher. Our friend in the hospital that was unconscious had woke up yesterday towards the end of our class.
Sammy
Hi Carol,
I wanted to say thank you so very much for the awesome workshop this past weekend.  It was my first energy class and I am so very grateful to you and to Heidi (Local Coordinator) for bringing this class to Indianapolis and to us.  A few people from the class met at Penny’s (Healing Center) last night for meditation and we could not stop talking about Quantum-Touch and the experiences we had.  Truly enlightening!
Thank you again,
Linda

This advanced energy medicine class is essential for all holistic practitioners, Eastern and Western medicine alike.

As a metaphysician, a student of metaphysic modalities, a light worker practitioner and alternative medicine researcher, this was my most profound course of study to date. For me, Quantum-Touch makes this work fun, simple and necessary for whole healthy living: mind, body and spirit. It is individual to each practitioner and recipient with a dual relationship modality that is in harmony with any belief system, all health concerns and the journey of the healing process.

Carol Lee is a passionate teacher who invasively and consciously guides you through each step of the learning process. The connection she builds with each student and their own experience is amazing to engage in and witness.

I feel truly blessed to have crossed paths with the Quantum-Touch program and Carol Lee. I am a renewed person, I am an improved worker, and my life has been forever changed and revitalized.

Come experience the difference for yourself and for those around you!

Carol Lee is a profound influence in my life.  With her many and varied gifts, she has been instrumental in leading the way for me to find and follow my spiritual path.  At a time when I was spiritually and physically floundering and unsure, Spirit provided me the answer in Carol.

Her knowledge and skills using Quantum-Touch, along with other complimentary methodologies, has provided enlightenment, spiritual peace and an inspirational role model for me.

I value and treasure my experiences with Carol and know that she was put forth to me as a ‘teacher’ when I was ready to learn.  I value both her friendship and her skills.  Without Carol’s influence and knowledge, I would still be at the beginning of the road seeking what I didn’t know existed!
Respectfully submitted,
Lorene L.
Baltimore, MD